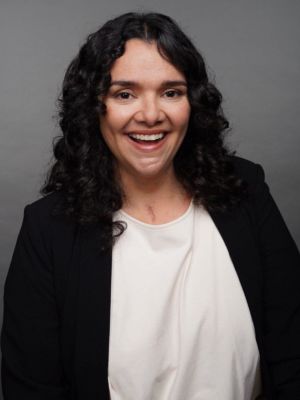 Katia Bloom is a fast-paced and strategic commercial lawyer who thrives in high-growth environments and on challenging the notion that it can't be done. Currently, Katia works as a consulting General Counsel for a variety of clients, and has experience advising clients at both private and public companies on a myriad of commercial issues. Previously, she was the Associate General Counsel at ForgeRock, headed up legal for Avira, Inc., was a founding partner at E Squared Law Group working with numerous start-up clients, and started her legal career as in-house counsel at Anesiva. She was also a law clerk for both U.S. Magistrate Judge James Larson, and with the U.S. Attorney’s Office.

Katia has spoken on a variety of topics such as Crossing the Atlantic: Navigating the Rough Litigation Waters in the United States and Europe and Binding Corporate Rules and Cross-Border Data Transfers. She has also channeled her love of writing by regularly co-authoring feature articles for the ACC Docket Magazine, and the career and technology column for the popular legal blog Above the Law. Some of her published articles for the ACC Docket include Transferring Personal Data Out of the European Union: Which Export Solution Best Fits Your Needs, and Common Pitfalls of Export Compliance.

Katia obtained her B.S from DePaul University in Chicago. She received her J.D. from Golden Gate University School of Law, with certification in International Law, with distinction. She was a member of the Jesse W. Carter Society Member (awarded to the top 15% of class), and received both merit and Rensch scholarships. She was the editor of the Annual Survey of Comparative and International Law, Volume XIV where she published her first legal article: The Classification of Hezbollah in Both International and Non-International Armed Conflicts.

Katia is a winner of the prestigious Association of Corporate Counsel Top 10 Thirty-Something Award: a national award recognizing in-house counsel between the ages of 30 and 39 for their innovation, approach to challenges, well-rounded perspectives, contributions to the in-house community, and pro bono and volunteer work. She was also awarded the Jonathan S. Silber Network Member of the Year Award recognizing participation in committee leadership, advancement of recruitment and participation efforts, development of network programs and resources, contributions to the ACC/in-house practice, and volunteer work or pro bono activities that benefit the community. Katia was also a member of the Association of Corporate Counsel San Francisco Bay Area chapter leadership team.

Katia grew up in Riga, Latvia and moved to the United States with the wave of Jewish refugee migrants from the Soviet Union. In addition to time spent living in Latvia and the United States, Katia lived in Spain and considers herself an honorary Spaniard. She is the mother of two daughters and serves as a trustee on the executive committee of the Board of Directors of their school, the Lycée Français de San Francisco. Katia is an artist and linguist. She speaks 3 languages fluently (Russian, Spanish and English) and is currently in the process of learning both French and Hebrew.

As a third-generation female attorney, Katia Bloom is passionate about helping women achieve equality and success both in the legal profession and the corporate world as a whole. She is the co-founder of two organizations aimed at helping other female attorneys: SunLaw and WISE (Women In-house Support Equality). As a refugee from the former Soviet Union, she is also passionate about various organizations that help other refugees displaced by unfortunate global events.